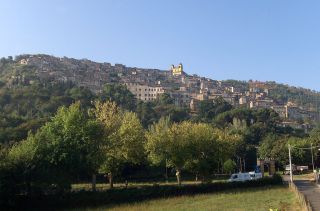 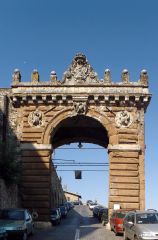 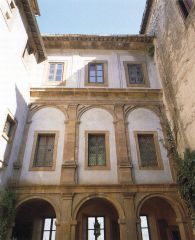 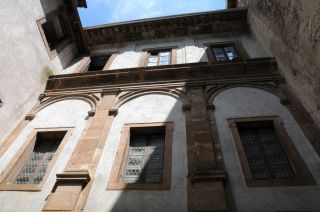 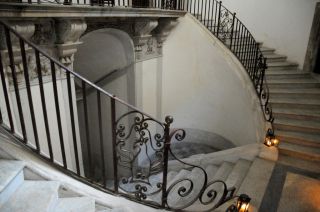 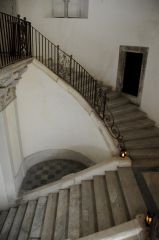 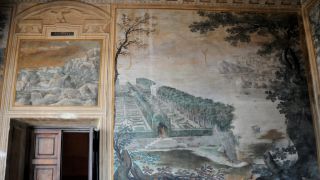 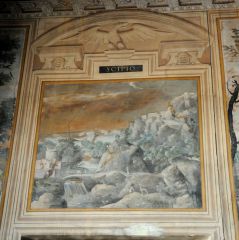 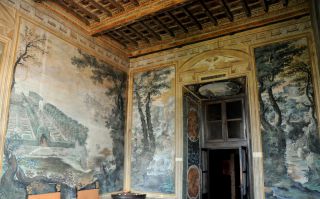 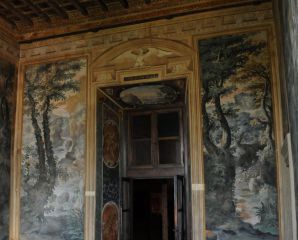 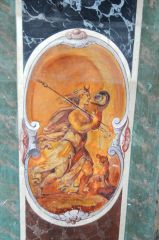 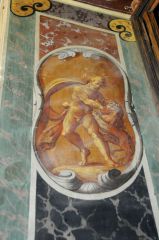 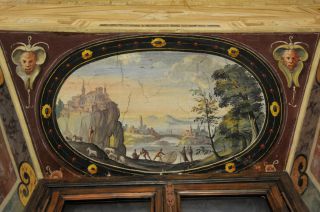 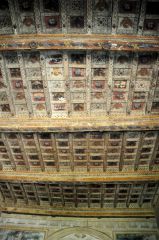 Cardinal Borghese, nephew of Paul V (1605–21), acquired the Montefortino estate (the village changed its name to Artena in 1873) from the Colonna family in 1614. The feudal Colonna nobility was replaced by a noble middle-class family, who were originally jurisconsults from Siena, and arrived in Rome in the 16th century; a similar situation to that of the Barberini family in Palestrina. In addition to modernising the entire village by way of a master plan that gave a scenographic entrance to the ancient stronghold, Scipione Borghese sought to completely restructure the existing palace by unifying the two originally separate buildings (the Colonna and the Massimo buildings), making it one of the largest palaces in Latium. After Vasanzio’s death in 1621 his design was completed by others.

The palace, elongated precisely to connect the existing Colonna and Massimo palaces, is characterised by the monumental three-storey gallery that rises to align the two palaces and whose architectural decorative layout is visible from the outside. Of particular interest is the elliptical, sweeping staircase, adorned by heraldic symbols, also designed by Vasanzio, next to which there stands the first genuine ex novo building expansion intended by the Cardinal: as if highlighting the new ownership of the entire region, which was so markedly characterised by the Borghese stamp.
The intention to restructure the entire site, almost as if to overpower the village, is evident immediately from the entrance (the Borghese arch), which is characterised by its merlon-decorated top-storey loggia, in addition to the square and terrace. This monumental design used a model that is comparable to the later Piazza di Corte in Ariccia, thereby contributing to the unity of the entire design.
Inside, the loggia is painted with panoramic frescos that were originally attributed to Paul Brill, but which are now attributed to Giovanni Battista Corradini, whom it is known was active in Rome in the first half of the 17th century, and also undertook some projects in Sicily.

The palace has an elongated structure with its short side bordering the square, duly enlarged and arranged by Scipione Borghese, and the rear façade of the long side fully facing the Valle del Sacco and the Via Latina, which was the most important route to Southern Italy. The whole is brought together by the monumental three-storey gallery that rises up to align the two older, originally separate, buildings, and it is distinguished by decorative architectural divisions that are visible from the outside.